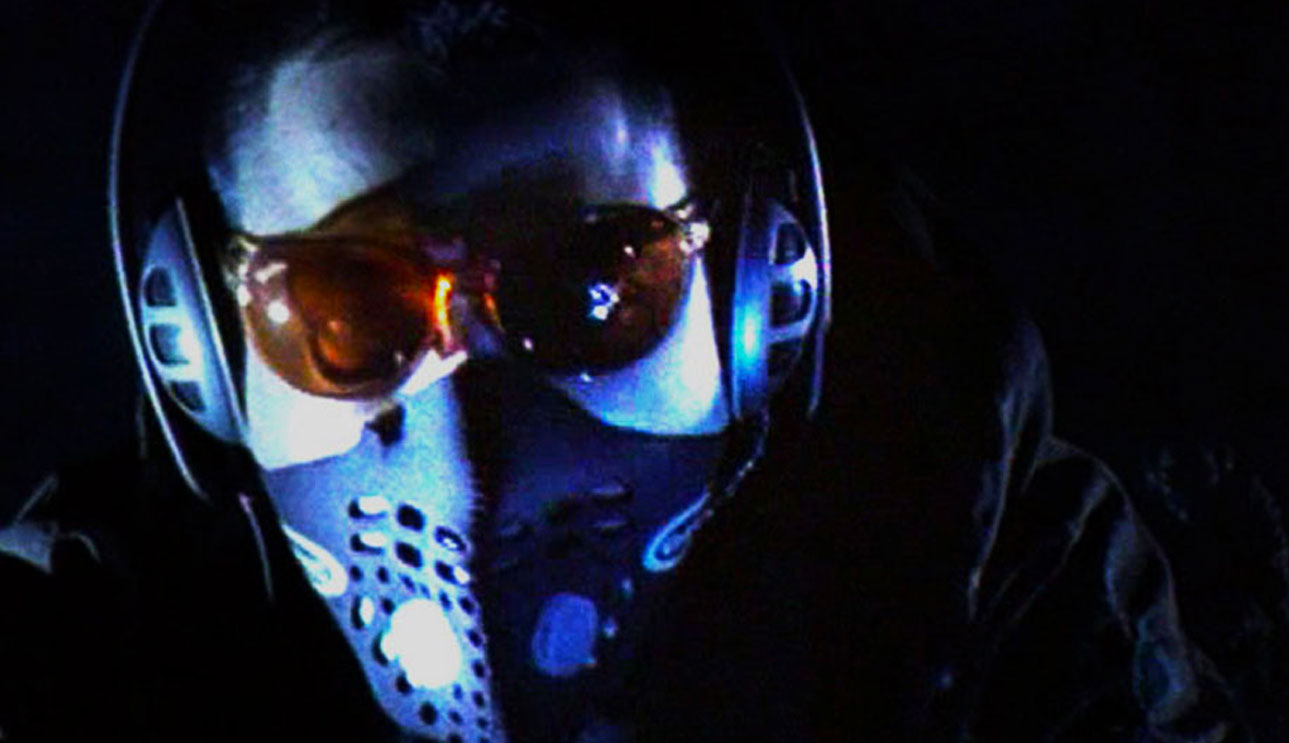 The story is about Luke, an artist and cycle courier, who delivers human body parts in packages without realizing he is being drawn into a subterranean world of crime and murder. He is also a spin painter, throwing paint at a large spinning wheel and, as Luke becomes aware of the contents of the parcels he delivers, his art and life begin to descend towards a psychological crescendo of blood and paint.

The script for Courier won the Alfred Hitchcock Script Writing Award. A short film shot on Super 16, the script gained financial support for production from Waltham Forest Arts Council, The London Film & Video Development Agency and VET. Co-produced by Tarascas and Rene Carlos Lee. Designed and directed by Tarascas and featuring his live spin paintings the film was an exercise in visual narrative (shortly after he’d attended Bournemouth Film School) Screenings include Cannes, Raindance and Brighton Film Festival. The Director of Photography was Roger Eaton