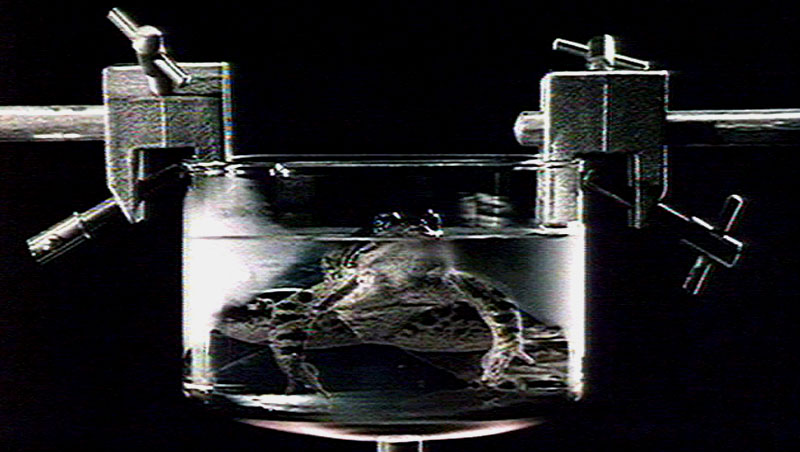 The world is getting dangerously hot. Storms have been ferocious. Whole land masses are disappearing. Have you noticed this incredibly bad weather of late?

Not fully, scientists say. New research demonstrates a terrifying adaptability of 21st century human beings: in the face of unprecedented climate change, we are normalising the weather temperatures, and not realising how truly bad things have become.

There’s a famous analogue for this phenomenon; one that’s both fitting and frightening. It’s called the boiling frog effect – the notion that a frog immersed in gradually heating water will fail to notice the creeping change in its circumstances, even as it’s literally being boiled alive.

Contemporary scientists no longer subscribe to this now discredited observation, but as a metaphor for the way in which humans are sailing unfazed into a dire-looking future of irreversible climate change, it’s perfectly apt.

“This is a true boiling-frog effect,” says climate scientist Frances C. Moore from the University of California, Davis.

“People seem to be getting used to changes they’d prefer to avoid. But just because they’re not talking about it doesn’t mean it’s not making them worse off.”

Moore and her team sampled over two billion geo-located tweets between March 2014 and November 2016, measuring the sentiment in public posts about weather, and cross-referencing them with localised temperatures, and comparing them against a baseline reference of weather data from 1981 to 1990.

Basically, they were looking for how people reacted to significant changes in localised weather conditions, to determine what kinds of weather people find normal or unusual.

What the team found was that people were generally more likely to tweet about the weather if it was unusual for the season where they lived – for example, warm conditions in winter, or cool temperatures in summer.

But this unsurprising tendency also depends on past experience, in terms of people’s memories of weather in recent years – and in a world that’s slowly getting hotter all the time, we’re actually noticing this extreme weather less (much, in a sense, like that fateful frog).

“Since expectation adjustment is rapid relative to the pace of anthropogenic climate change, this shifting subjective baseline has large implications for the notability of temperature anomalies as climate change progresses.”

The danger in this is that while climate change is a shocking, extreme thing, our experience of the weather it produces is subjective – and our ability to evaluate ‘normal’ weather looks to be based on an imagined reference point of what the weather was like between two to eight years ago.

Of course, the study only analysed what people on Twitter were publicly saying – not what other people around the world were necessarily thinking or feeling about the weather at any given time, which is a limitation to be aware of.

But to the extent that the research reflects general weather sentiment, the shifting inability to understand what ‘normal’ weather feels like could make it harder for scientists and governments to come up with policies that address climate change.

That’s because, the researchers say, people are all the time getting used to harsh, unusual weather without even realising it.

“We are experiencing conditions that are historically extreme, but they might not feel particularly unusual if we tend to forget what happened more than about five years ago.”

Taken to an extreme, does this mean humans will never realise they’re in a pot of boiling water?

Not necessarily, the researchers say, since in the future, climate change will produce temperatures taking the world past “physiological or biological thresholds” that haven’t been contemplated in this study – not to mention other kinds of extreme weather, aside from temperature differences.

“Our results pertain only to ambient average temperatures,” the authors write.

“It may well be that more acute extreme events such as storms, droughts, wildfires, or floods may be both more consequential and more salient and therefore less prone to normalisation.”

As far as silver linings go, that’s a pretty bleak one – but we’ll take what we can get.

The findings are reported in PNAS.

Creeping normality (also called landscape amnesia) is the way a major change can be accepted as a normal situation if it happens slowly through unnoticeable increments of change. The change could otherwise be regarded as objectionable if it took place in a single step or short period.

The phrase creeping normality was coined by American scientist Jared Diamond in his 2005 book, Collapse: How Societies Choose to Fail or Succeed. He had previously alluded to this theory while attempting to explain why, in the course of long-term environmental degradation, Easter Island natives would, seemingly irrationally, chop down the last tree:

I suspect, though, that the disaster happened not with a bang but with a whimper. After all, there are those hundreds of abandoned statues to consider. The forest the islanders depended on for rollers and rope didn’t simply disappear one day—it vanished slowly, over decades.