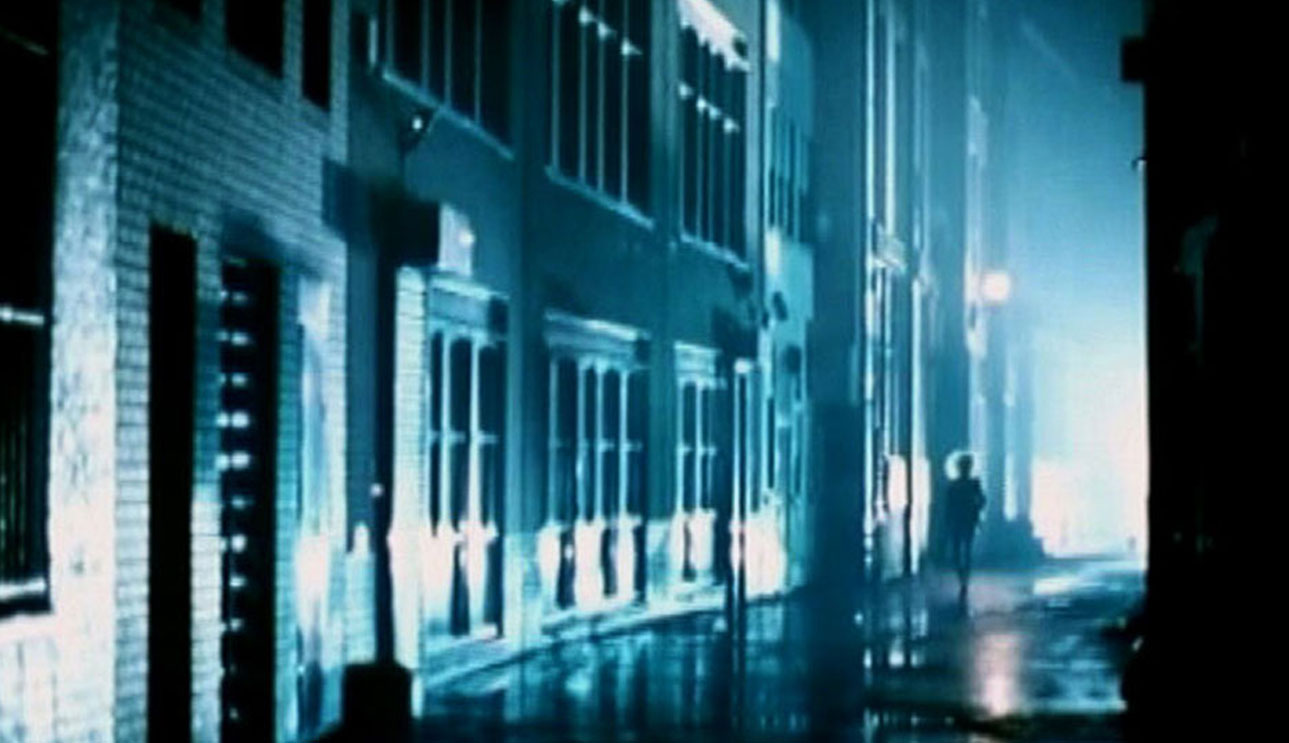 A woman smartly dressed in red, walks in the center of London. She steps into the inky darkness of an alleyway and enters a nightmare world. Shadowed by a menacing presence, the woman hurries through the back streets of a sleazy red light district. She comes face to face with grotesque characters, collides into a skinhead and his vicious pit-bull, and then is tracked down by what seems to be a UFO! As she runs away in fear, she is relieved to find a builder drilling the road. She passes by him, but as he flashes his hideous teeth at her, she realizes that he is not what he first appeared to be… The woman runs for cover in a building and out of nervous curiosity, climbs the winding staircase. She follows a lone shaft of light to a door. She opens the door slowly and discovers a desperate scene… She tries to escape from the horror but is dragged roughly inside. The door closes on her anguished screams… Then… We see the fully clothed body of the woman lying dead in the bath. Her eyes are wide open in drowned horror… She sits up suddenly and inhales a great gulp of air… The woman sits up in the dentist’s chair. But the dentist is the same man as the builder! Only this time he dazzles her with his smile.